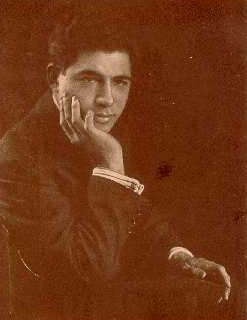 Pasquale Tallarico was born in Calabria, Italy in 1891.  As a boy of 8 years old he traveled to America to join his older brothers who had settled in Connecticut. He began attending public school before he could speak English, while at the same time studying music at home under the tutelage of his brothers who were both musicians. Each evening before dinner he would sing solfeggia, an exercise where he was required to precisely sing the tones of a scale or melody.   The study of solfeggia helped develop his ear and soon revealed that he had perfect pitch, and he learned to sight read music before he could read English.  The piano quickly became the focus of his musical studies, and at age 9, within 4 months of beginning piano lessons, he was able to perform Mozart sonatas from memory. Recognizing his prodigious talent, his brothers removed him public school so that he could devote himself to the piano.  He was tutored at home as he continued his music studies at the Virgil School. “The Virgil Method” book published in 1902 features photos of him demonstrating his naturally perfect hand and body position at the piano.  With his disposition for music, by age 10 he was performing with his brothers Giovannie, Francesco and Michele in the “Tallarico Brothers Quartette”.  His solo  piano debut was at Aeolian Hall when he was still a boy.

A wealthy patron, Charles Elmer Bushnell,  heard him perform, and was so impressed he became his benefactor, making it possible for young Pasquale Tallarico to live in New York City, study at Steinway Hall, and live a life immersed in the study of music at the highest level. He was fortunate to have the opportunity to study with some of the very best teachers of the day, and was able to attend the finest concerts in the city.   The diary of his teen years is filled with references to 5 or 6 hours of daily practice at the piano in preparation for his weekly piano lessons, and regular attendance at musical performances throughout the city. But his days also included trips to the Polo Grounds to see the Yankees play baseball, and he enjoyed playing baseball himself.

At Steinway Hall, he studied piano with the virtuoso Rafael Joseffy, a hungarian pianist and composer who had been a student of Franz List.  Joseffy was one of the great performers of his day, admired for his subtlety of poetic expression and finely nuanced dynamic control.  His style was a tremendous influence on Pasquale that is apparent in his recordings.

He studied composition with Rubin Goldmark, who had been a student of Antonin Dvorjak.  Goldmark was highly regarded by his contemporaries for his own compositions, but is best known today as a teacher of important composers of the day,  such as George Gershwin and Aaron Copeland.

At 22 years old, Pasquale Tallarico undertook his own intense preparations for the National Pianist Competition – a contest to find the best American trained pianist – to be held in 1914 in Chicago.  Amid great anticipation, he won this contest, besting 25 other pianists performing the MacDowell Concerto.

Following this honor, he performed as soloist across the country, including performances with the Chicago, Baltimore, Philadelphia, St. Louis, Los Angeles, Indianapolis, Tri-City and American Symphony Orchestras. His many memorable performances include performing works by Igor Stravinski with the composer himself conducting.

In 1920, at the age of 29, Tallarico began a teaching career at the Peabody Conservatory in Baltimore, which enabled him to settle down from his demanding touring schedule and raise a family. He continued to perform throughout the rest of his life. 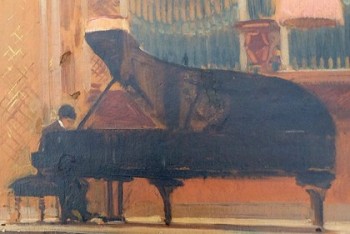 PasqualeTallarico.com was created by two of Pasquale's grandchildren, Frank Rexford and Kimball Rexford.